Gas is future fit. It is low emission, innovative, storable, green and increasingly climate neutral. The spectrum of gaseous energy sources runs from green gas such as hydrogen and biomethane to conventional natural gas. Gas is a partner for renewables, can be manufactured using wind or solar energy, or from biomass and secures the climate goals. It contributes directly to carbon dioxide emission reductions in transportation, in the form of LNG and bio-LNG, CNG and bio-CNG, with hydrogen waiting in the wings.

Energy in the form of gas can be transported out of sight underground, stored in huge quantities, made available quickly in large volumes, and used in a variety of applications to generate electricity or heat, or to fuel vehicles. 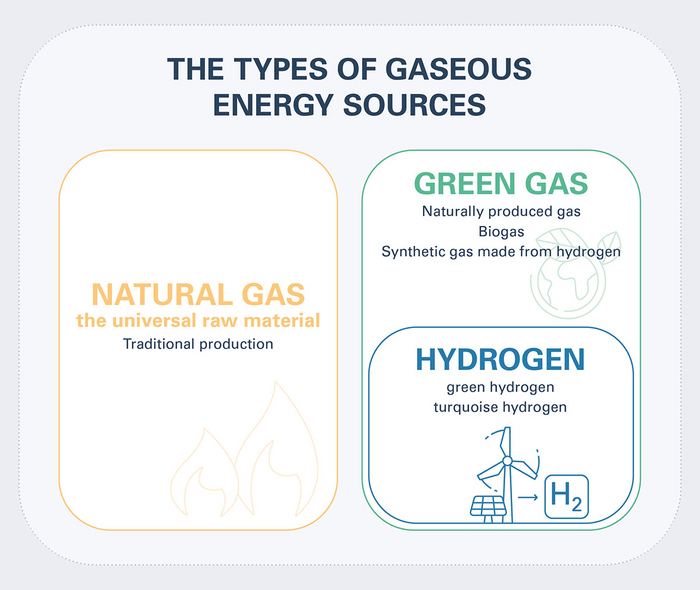 Green gas – standard bearer for the future of energy

“Green gas” stands for all gaseous energy forms that offer carbon free, low carbon or carbon neutral production and consumption. Whether in the shape of hydrogen produced by means of water or methane electrolysis, biomethane, or naturally produced green gas from our Underground Sun Conversion project – gaseous energy sources are the future. Green gas not only has vast potential, it is sustainable, affordable and storable. It is paving the way for a sustainable energy future.

Naturally produced synthetic gas (USC)
First, hydrogen (H2) is produced using solar or wind energy in a process known as power-to-gas. The hydrogen can be directly injected into RAG’s storage facilities, to be withdrawn as needed. Or, in a second step, carbon dioxide (CO2) can be added, and the hydrogen is converted into naturally produced natural gas (CH4) underground, where it can be stored in large volumes to meet seasonal demand peaks. This creates a sustainable carbon cycle. The green gas produced in this way is carbon neutral.

Synthetic gas
Synthetic gas means gas that is produced by means of electrolysis or splitting, using green electricity and an abundant feedstock (water or methane). It includes green and turquoise hydrogen, as well as synthetic natural gas produced from hydrogen in an underground methanation process (Underground Sun Conversion project).

“Turquoise hydrogen” is produced by electrical splitting of natural gas or biogas (methane electrolysis), where methane is broken down into hydrogen and solid carbon in an emission free process. This means that carbon, a valuable raw material, can be obtained at the same time as storable, climate neutral hydrogen, using just a quarter of the renewable energy required by water electrolysis.

Methane as a raw material

Natural gas is a raw material with diverse applications. Natural gas deposits are principally composed of methane (CH4) – a simple compound of carbon (C) und hydrogen (H), which can be bonded and separated synthetically.

Valuable resources on our doorstep

We produce domestic natural gas efficiently and with minimum environmental impact, from previously developed reservoirs in Upper Austria and Salzburg. These operations support regional economic growth and reduce dependence on imports. The gas is processed to make it ready for use before it is fed into the underground supply network.

In Austria, natural gas makes an important contribution to the generation of electricity and district heating, the supply of buildings with heating energy and hot water, and the generation of process heat for industry and commerce. In addition, natural gas (methane - CH4) is also a valuable and important raw material that should be used carefully and economically. Methane is the basis for the production of fertilizers and urea, which is used, for example, for the exhaust gas cleaning of diesel engines (AdBlue). 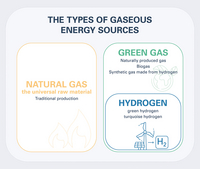