RAG operates its underground gas storages facilities in Salzburg and Upper Austria, which are pore storages. These storage facilities are connected to the grid of Netz Oberösterreich GmbH.
Storage capacities are offered to the market by RAG´s subsidiary RAG Energy Storage. 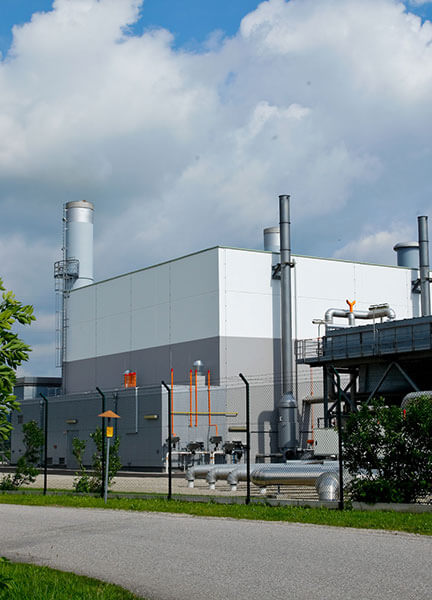 RAG’s gas storage operations originated in Puchkirchen, Upper Austria. This was the site of its first Austrian natural gas discovery, made in 1956. In 1982, after more than 25 years’ production, RAG began using the gas reservoir as a storage facility. The last of a number of expansions was completed in 2009, and in the summer of that year Puchkirchen was linked with the Haag facility by a 20-kilometre pipeline. The facility currently has a maximum working gas volume of about 1.1 bn cu m (equivalent to 12.2 terawatt hours, TWh), and injection and withdrawal capacity of 520,000 cu m/hour (5.9 gigawatts, GW).

The repurposing of the depleted gas formation as a storage reservoir was carried out in 2005. Haidach 5 has a maximum working gas volume of around 16 mn cu m (equivalent to 181 gigawatt hours, GWh), and injection and withdrawal capacity of some 20,000 cu m/hour (226 megawatts, MW).

Gas production at this field started in 2001. Development of the gas storage facility began in 2008, and it was commissioned on 1 April 2011. Aigelsbrunn has a maximum working gas volume of approximately 130 mn cu m (equivalent to 1.5 terawatt hours, TWh), and injection and withdrawal capacity of 50,000 cu m/hour (equivalent to 566 MW).

This storage facility (formerly known as the "Nussdorf natural gas storage facility/ with commissioning in April 2014) was further developed last year in the UGS 7Fields storage network. The capacities have been extended 2019/2020 through additional storage wells, so that the currently workings gas volume consists of 550 million cubic meters ( equivalent to 6.2 TWh)